Shaping the Future of MetroWest:
A guide to civic engagement

Do you want to have a voice in the future of your town or city?  Would you like to help shape your local schools, public services, land use, and more?  There are many ways to get involved, from sharing input in a public meeting to running for an elected seat or applying for an appointed seat on a local board or commission.  This guide provides information on how to connect with your town and city officials and engage in local decision making in MetroWest (Ashland, Framingham, Holliston, Hopkinton, Marlborough, Natick, Sherborn, Southborough, Sudbury, and Wayland). 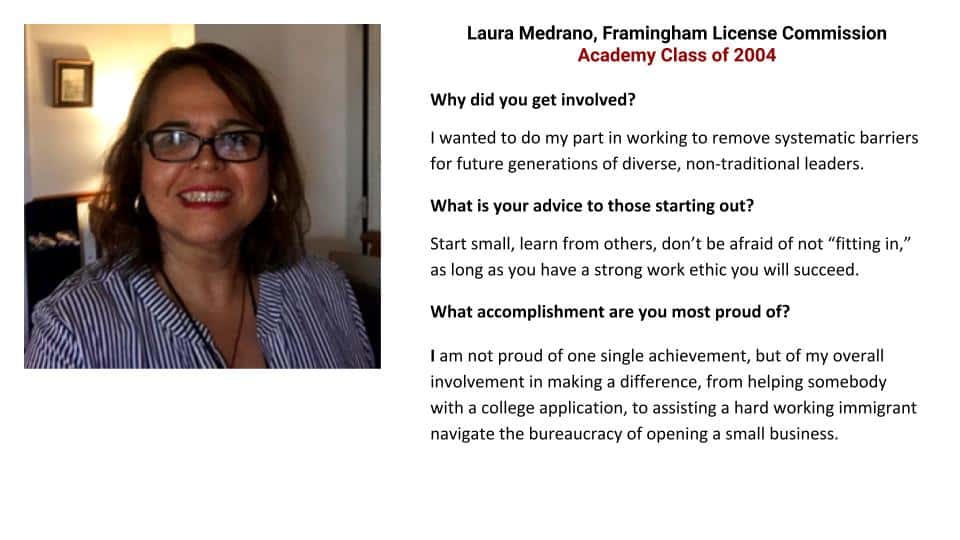 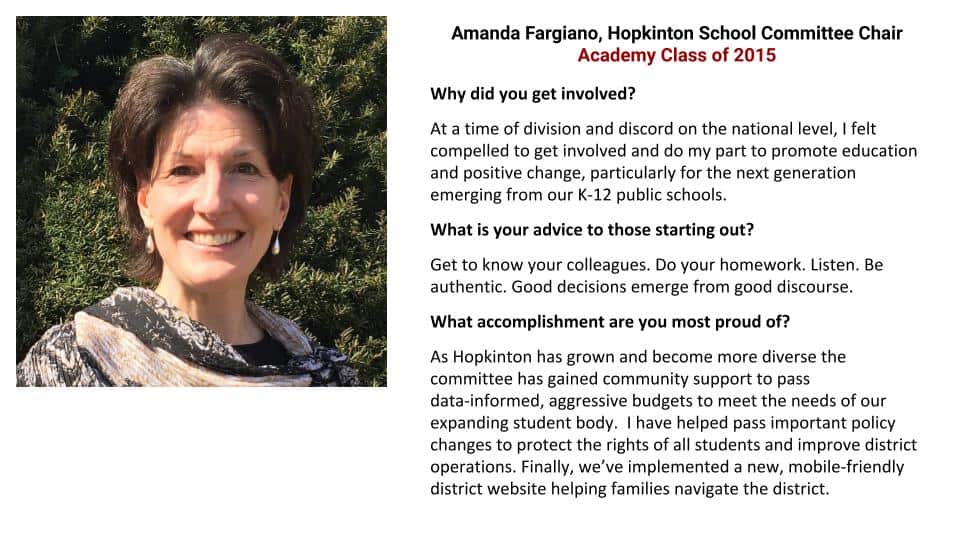 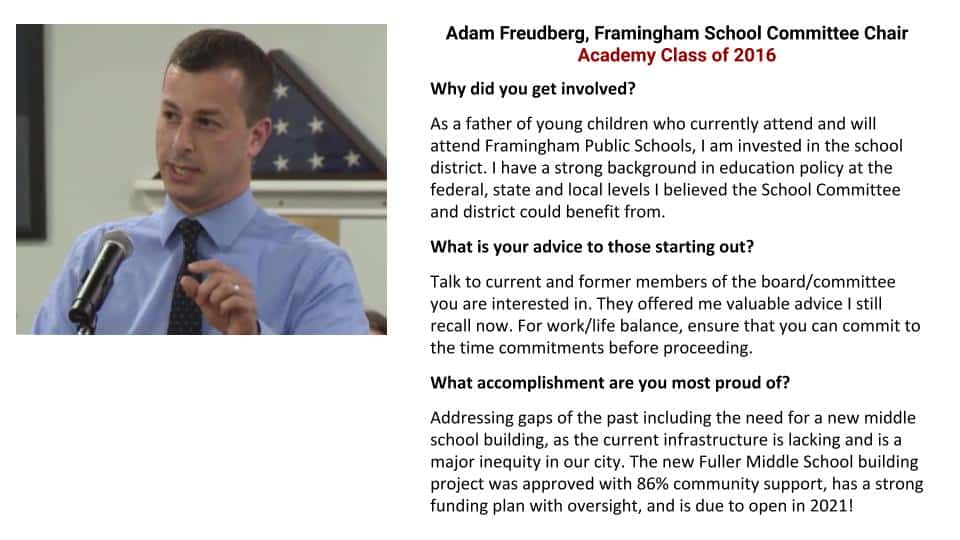 While national politics tends to dominate the news, local government often has the greatest impact on our daily lives.  Most towns and cities in New England are governed by volunteers serving on select boards, school committees, planning boards and other governing and advisory positions and those boards and committees rely on citizen input.  Without public servants, local government could not operate.

There are two forms of local government represented in MetroWest (as defined by the Metrowest Leadership Academy).  Framingham and Marlborough have a City Council form of government. A City Council is the legislative body of City government, deriving its power and responsibilities from a City Charter. A City Council’s duties typically include adopting ordinances, confirming mayoral appointments, establishing fiscal policies, and reviewing the city’s annual budget. City Councilors alse serve as advocates for constituents in their districts.

All other towns have either an Open Town Meeting or Representative Town Meeting form of government which means all of the town’s voters or their elected representatives may vote on all matters such as the town budget, zoning, and other laws.  Each town has a different way of running its Town Meeting, depending on its Bylaws and Charter.  One thing that is standard for all towns — residents must be present in person to vote.  Town meetings have been used in portions of the United States, principally in New England, since the 17th century.  You can read more about Town Meeting form of government on the state’s website here: Citizen’s Guide to Town Meetings.

Click on the towns and cities below to find your town/city government contacts, voting dates, volunteer opportunities, open positions, and more.

***Due to COVID 19, many Elections and Town Meetings have been rescheduled.  For up to date information regarding your 2020 Annual Town Meeting please contact your Town Clerk directly.***

Framingham is a City Government with a City Council

City council meetings usually occur the first and third Tuesday of each month at 7:00 pm at City Hall in the Blumer Room and are open to the public.

Marlborough is a City Government with a City Council

City council meetings usually occur bi-monthly on Mondays at 8:00 pm at City Hall in the council chambers on the second floor and are open to the public.

Town Meeting occurs annually on the first Wednesday in May at 7:00 pm at Ashland High School, 65 E Union St, Ashland.

Town Meeting occurs annually on the first Monday in May at 7:00 pm at the Hopkinton Middle School.

Town Meetings occurs annually on the first Monday in May at 7:30 pm at the Holliston High School Auditorium.

Town Meeting occurs annually, usually on the last Tuesday in April at 7:00 pm at Lindquist Commons Building, Dover-Sherborn Regional High School, 9 Junction St, Dover. The date may vary within the last half of April and the first week of May.  See Sherborn’s website or contact the Town Clerk for more information.

Town Meeting occurs annually, usually in March, however the date and time are set by the Selectmen and they change yearly.  Please find more information on the town website.

You can also contact your state and federal legislators with ideas, concerns, and questions about local issues happening in your town or city:

If you are a U.S. Citizen, you have the right to:

If you are a non-U.S. Citizen, you have the right to:

IF YOU FIND ANY BROKEN LINKS ON THIS PAGE, PLEASE LET US KNOW.  THANK YOU!